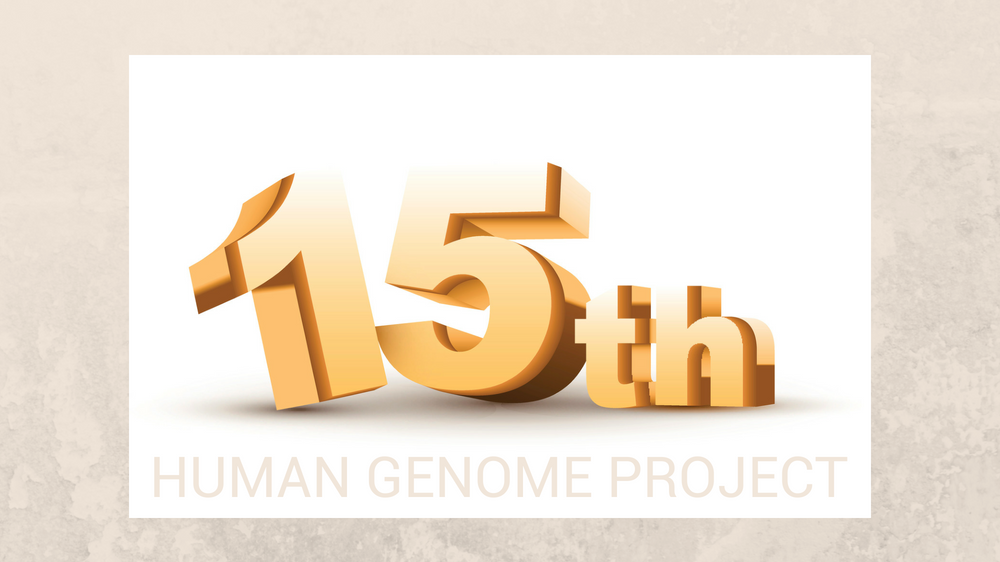 National DNA Day is on April 25 every year, and around that time we start seeing stories in the media about the Human Genome Project and why it was such an amazing scientific accomplishment. In 2018, the HGP is celebrating the 15th anniversary of its completion, so here’s a very quick primer.

What was the Human Genome Project?

The HGP was a large research project with scientists from all over the world contributing to the findings. Its goal was to identify all the genes in the human body and determine how they are sequenced. It took 13 years to complete and results were officially announced in April of 2003. Organized by the National Institutes of Health and U.S. Department of Energy, it included not only American researchers, but also contributors from the UK, France, Spain, Germany, Japan, and China.

Why Does the Human Genome Project Matter?

Before the completion of the Human Genome Project, scientists did not have a complete blueprint of what makes up a human being and what goes into “building” one. It was like trying to figure out how parts of a car engine work together to make it go, but missing many essential parts. This project filled in those missing gaps and gave scientists a complete picture of how the human body is constructed and how it operates. This knowledge has had a major impact in medicine, biotechnology, and the life sciences ever since.

What are the Practical Applications of the Human Genome Project?

Barely a week goes by without hearing a news story about scientists using gene therapy to treat disease, or identifying a gene that affects one or more of our human characteristics. At HomeDNA, for example, we’ve built on the findings of the Human Genome Project by tapping into the knowledge of the body at the cellular level to offer DNA-based tests for getting to and maintaining a healthy weight, enjoying healthier skin, confirming biological relationships, identifying a person’s ancestry, and so much more.

The Human Genome Project was the largest biological experiment ever conducted, and the future for human wellness is much brighter thanks to the work of so many brilliant scientists.

So happy 15th anniversary to the Human Genome Project, and all of us at HomeDNA wish you a Happy DNA Day on April 25.

Do you have questions or thoughts about the Humane Genome Project or DNA Day? Leave a comment and we’ll answer!