What People Just Like You Are Discovering through Ancestry Testing 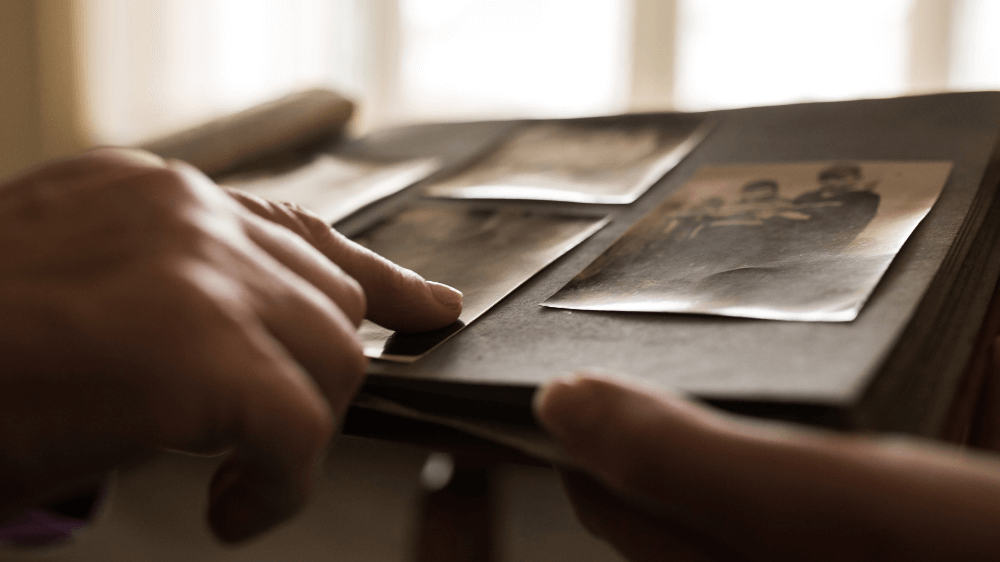 What People Just Like You Are Discovering through Ancestry Testing

Ancestry testing using DNA science has helped millions of people just like you discover more about their roots than they ever imagined possible. There are many companies and tests to choose from, each offering different results and benefits. So what are curious folks discovering through ancestry testing from HomeDNA? Let’s look at recent real customer reviews for our most popular tests, with names omitted for privacy.

Confirmation of Known Family History and Past Research

These customers have both done extensive research into their family trees, and so the GPS Origins® test served to confirm information they already knew. 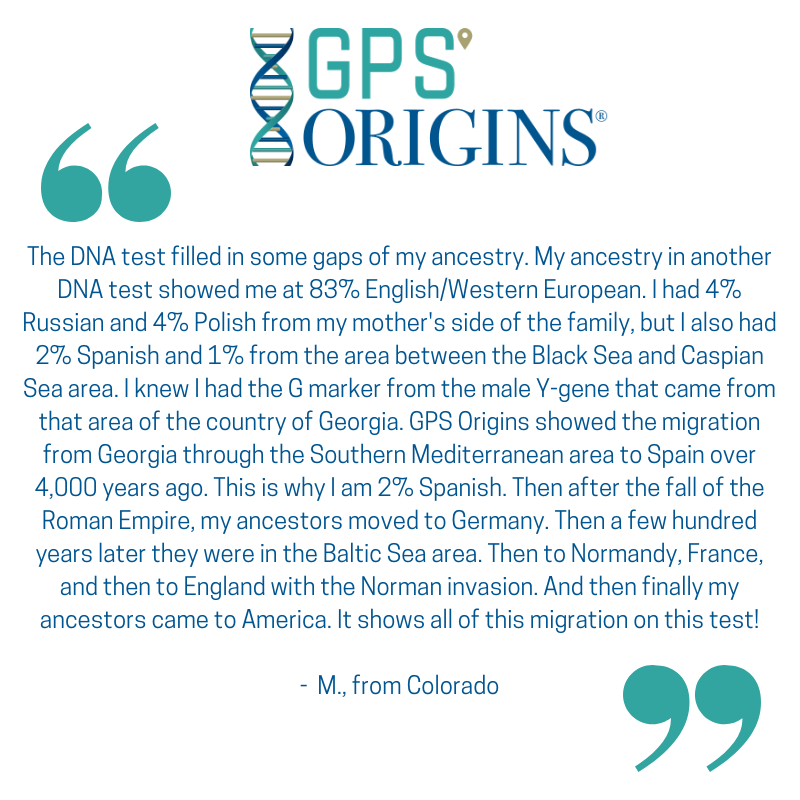 “M” from Colorado had already done other ancestry tests, and the migration-route feature of the test helped them to “fill in the blanks” that were still missing. GPS Origins was the first test on the market to offer pinpoint migration routes, and its next-generation algorithm offers precise pinpoint-locations for your DNA signature as well as date stamps. 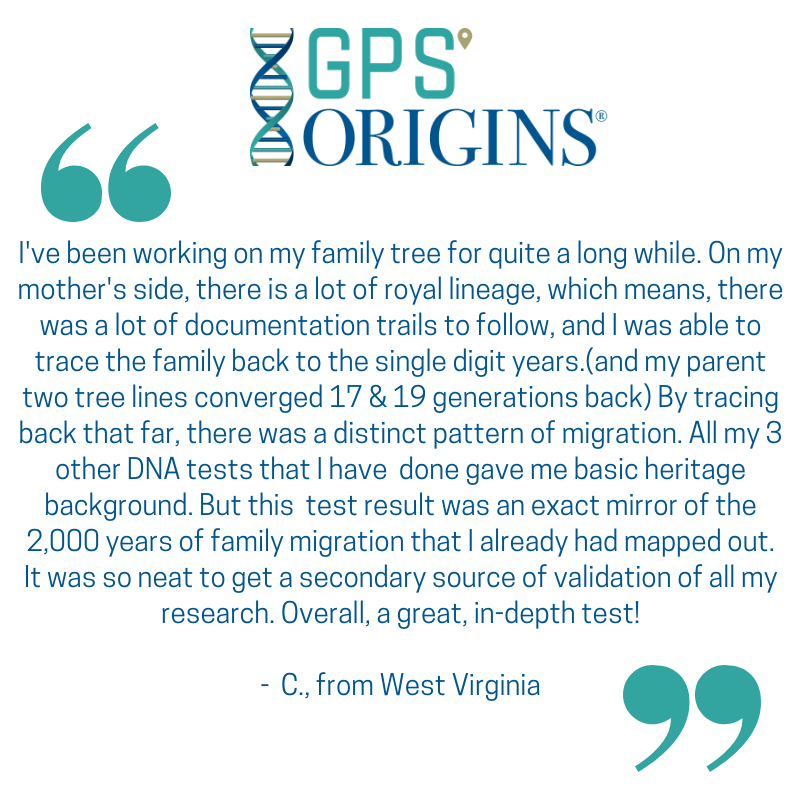 “C” from West Virginia had the advantage of having some royalty in her background, with all the documentation that goes along with it. In her case, her DNA results were right in line with their historical records. In fact, her report actually “mirrored” those records, going back 2,000 years. “C” took advantage of the time-stamp feature of the report, as her review shows.

The precision of the migration-route locations and the time stamps on both the maternal and paternal sides is a benefit that really sets this test apart.

Q: Why does the GPS Origins Test not specify in the report which is the maternal line and which is the paternal line for the migration routes? A: This is an autosomal test, meaning that sex chromosomes aren’t analyzed. Therefore, we can’t say with absolute certainty which migration route is which, although most customers can deduce it based on their knowledge of their family history.

Unexpected Gene Pools and Other Surprises 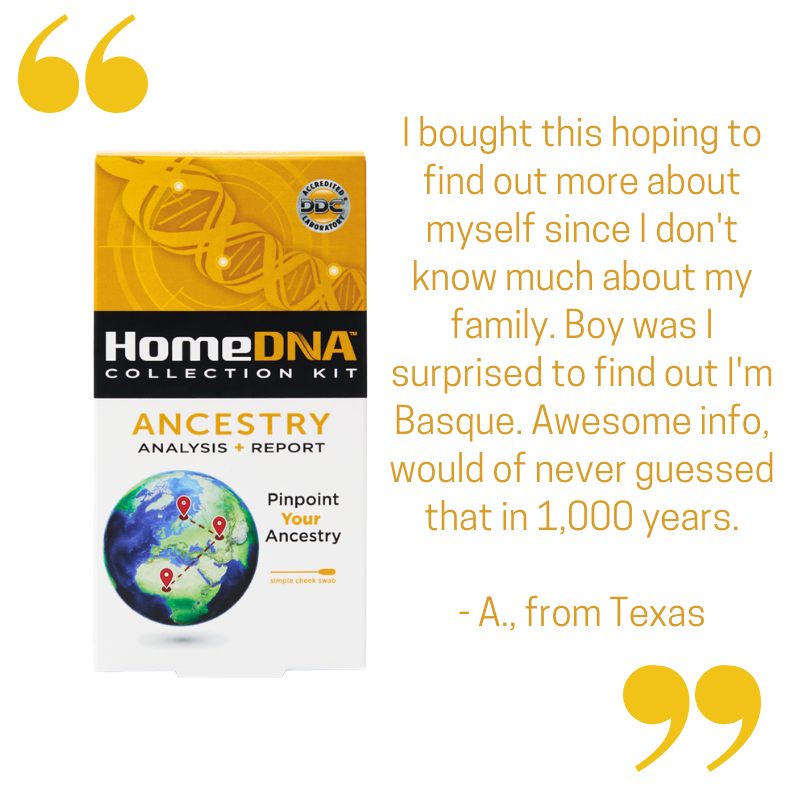 This customer was surprised to find an unexpected gene pool in their family tree. A gene pool is the collective set of genetic information within a distinct region where populations had limited interactions with populations from outside the group for up to about 20,000 or 60,000 years.

NOTE: A gene pool is solid data and should not be confused with ethnicity; the public's definition of various ethnicities can change over time and country boundaries have moved over the centuries as well.

Where this customer’s gene pools eventually mixed and how they moved over time is illustrated in their HomeDNA Advanced Ancestry Test migration routes. 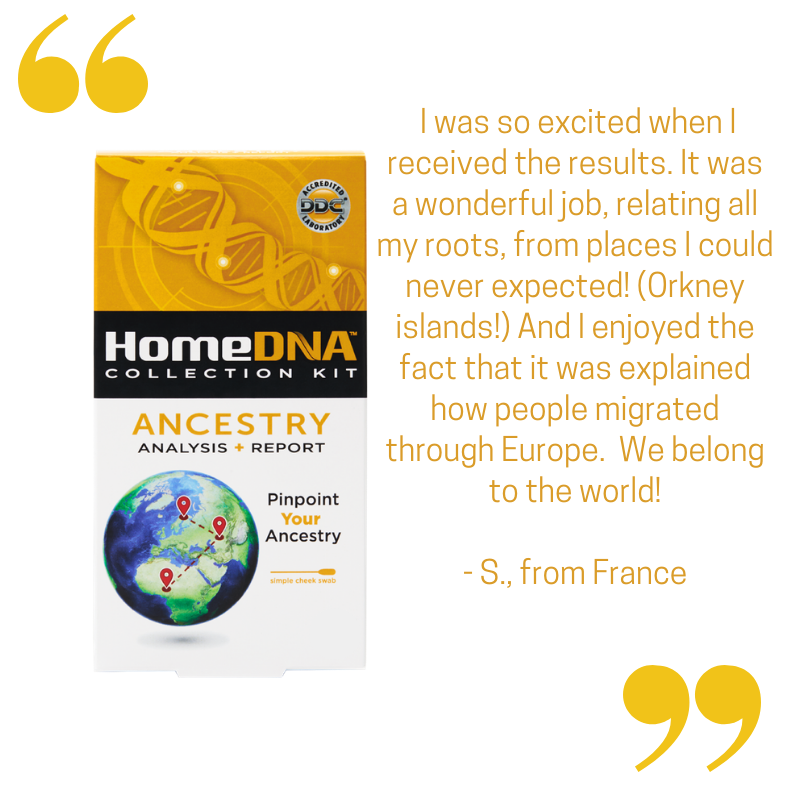 Who would have thought that someone who’s French could actually have some deep roots in Northern Scotland? “S” shows that there are often surprises with ancestry testing, and detailed gene-pool information plus migration routes can open up whole new avenues for research.

These are just a few examples of the daily feedback we get from customers. Ancestry testing is not just informational—it’s fun! And no matter which test you do, there’s always something new to discover and a new piece for you to add in your quest to complete your family puzzle.